Clint Smith is a writer, teacher, and doctoral candidate in Education at Harvard University. Besides the fact that Clint was a high school English teacher (which is awesome in its own right!), and he was also the 2014 National Poetry Slam champion for the poem American Dreams!

Clint Smith has many poems that I love sharing with my middle school students. The poem Meteor Shower is a favorite of mine for how it weaves a simple science fact with philosophical ponderings. When sharing this poem, make sure to put on Space Odyssey music and project a NASA image on the board! The poem moves from the narrator sharing a science fact that they read when they were younger to a reflection on how that science fact is a message from the universe. The poem then continues exploring how that fun fact applies to life.

I distribute one of these cards or fun science facts to each student. But make sure to review them. Some are way better than the others. Some facts include ‘The barbituate "pentobarbital" is also known as truth serum.’ & ‘The term "homo sapiens" comes from the Latin words meaning "wise man."’

After reading the poem aloud and discussing it the students then use their science fact to create their own poem on how the fact relates to life. Check out some of these facts below with the accompanying student-generated poems. The one entitled Snakes was incredibly powerful! 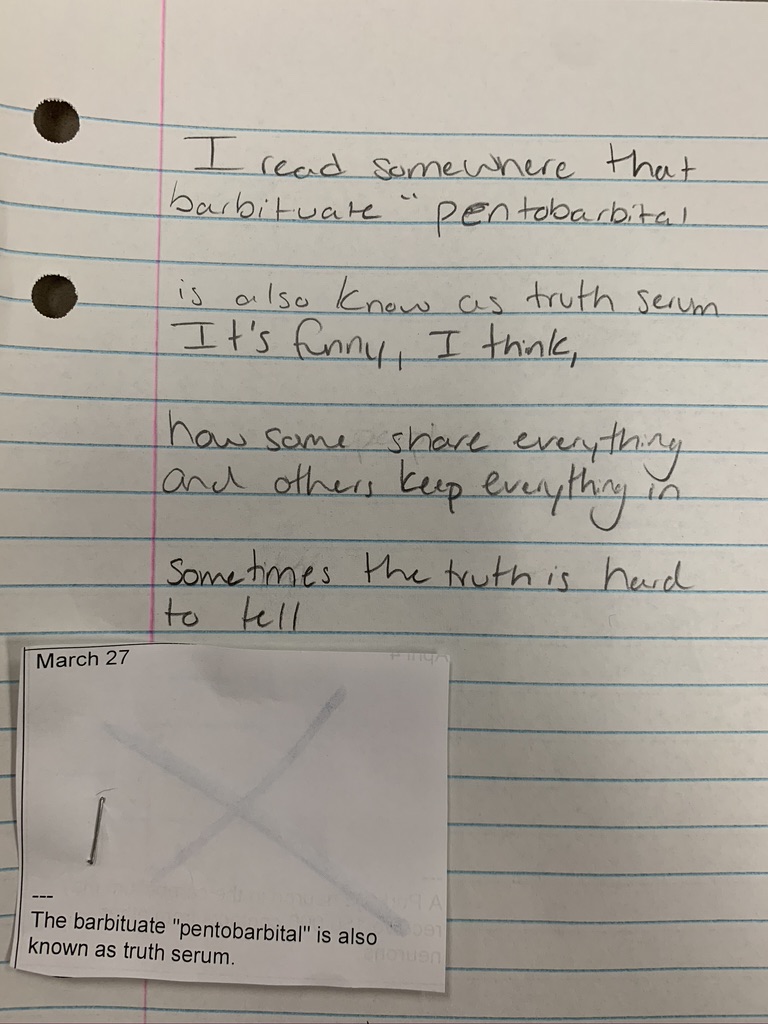 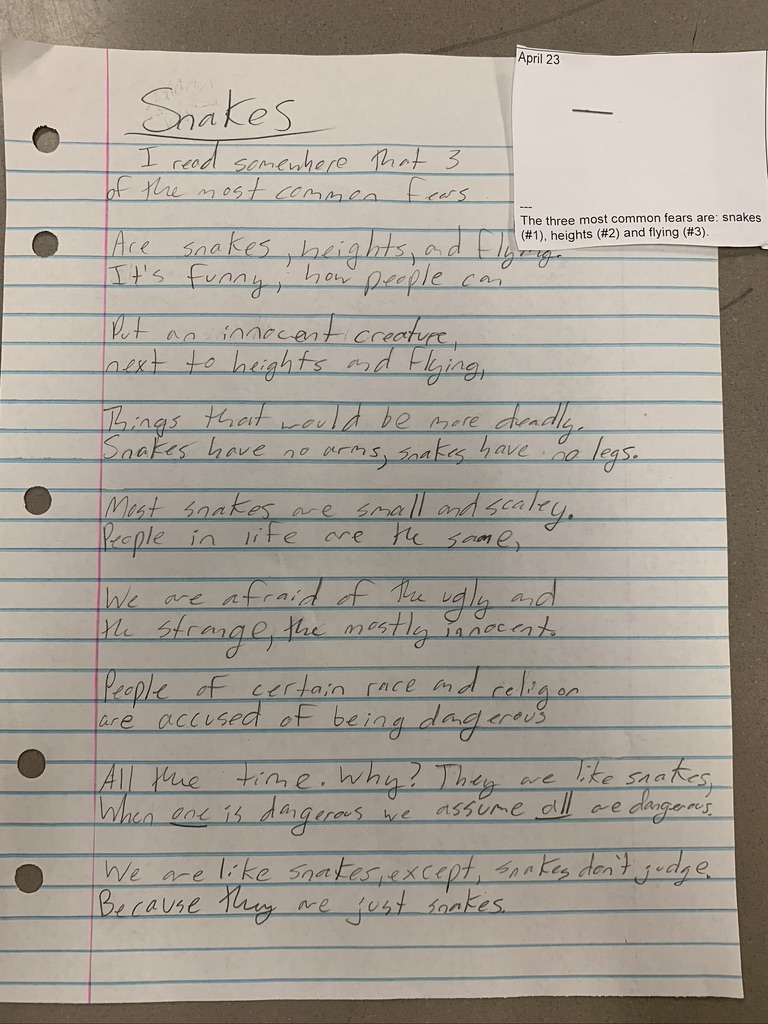 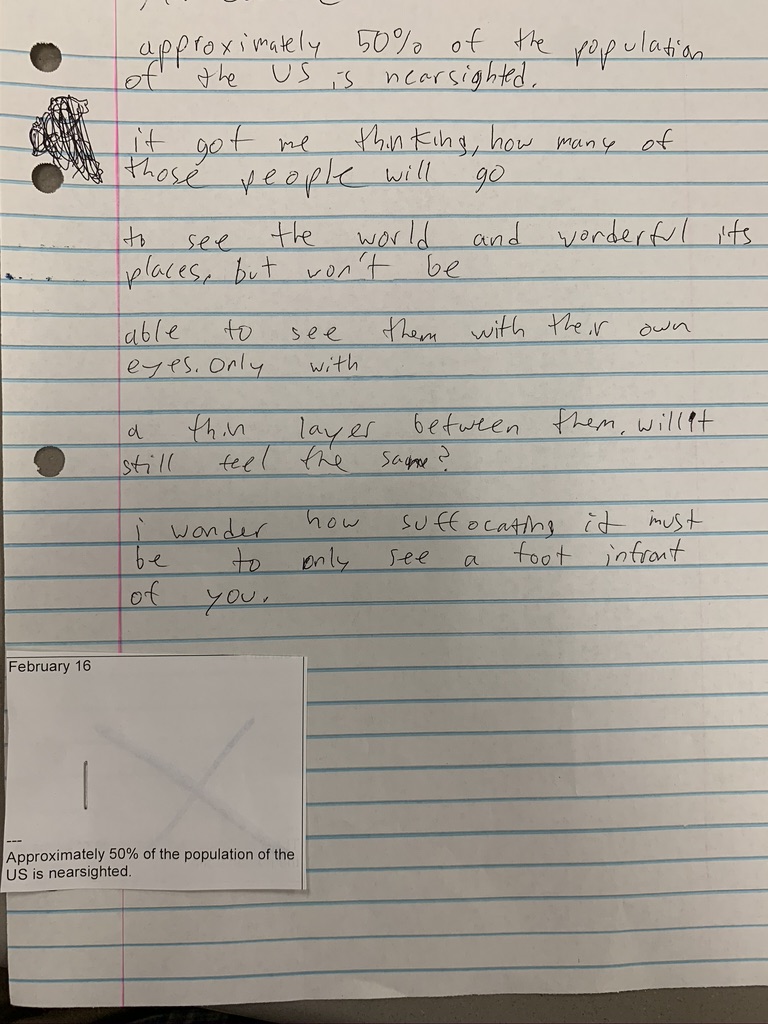 Cayne Letizia teaches 7th and 8th Grade English in a town just outside of NYC. This is his 20th year as an educator. He is passionate about literacy and social justice. You can follow him on Twitter here: @cayneletizia
Posted by Mr. V at 7:15 AM

In 2020, we celebrate our fourth year of Go Poems, a collection of brief ideas to share a #poemaday in your classroom during National Poetry...